For the 5th time, the ​Bolsena OSGeo Hacking Event is taking place. This page lists some ideas that can be discussed within the GeoNetwork faction.

Please add any idea you have here ! 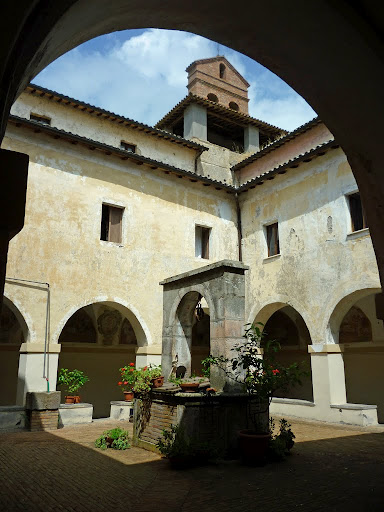 The percentage of mails to the mailing lists with 0 responses (counted from the last max 105 mails) is:

It's like ​flipping a coin, asking something on our mailing lists. On the largest (english users), as on the spanish users, you might as well think you should forget about it as the ​odds are against you getting even 1 single reply.

Is it an idea to establish a Mailing List Governance Committee whose task it is to monitor any mails to all of the lists that go unanswered for more than say 2 days, and then approach people to ask if they would respond? It's great to have so many subscribers but it would be even greater to have a substantially larger number of emails responded.

By contrast, as an example, the same count on the ​Wicket users list shows 18% unanswered emails.

Considering GeoNetwork's functionality, you might expect there exist a class called Metadata, representing metadata. Sadly, this is not the case. The lack of a ​domain model makes doing changes to GeoNetwork very much more difficult and encourages source code pasta. Let's model our domain, and while at it, use ​Hibernate to have the domain classes hide the database.

There is no point in maintaining a ​home-made logging facility when there are de facto standard libraries for this. Let's replace GN logging with ​slf4j, and back it by the venerable ​log4j.

We have ​localisation in a very large number of xml files, in the database, and in yet different locations for Javascript. It would be most welcome to have 1 single place for all translations. At the very least, is there anything against merging all the xml files into a single file per language?

The last code spring I (Jesse) created a small suite of integration tests by taking the existing Geonetwork integration tests and combining them with some tests back ported form Geocat integration tests. I also started a maven module that would run the tests when ran with the profile integration-tests. Since then I have updated the tests and fixed bugs based on those tests. I would like to commit this work and back-port more tests.

In addition I have started working on some javascript tests. I would like to see them integrated into the build.

Discussion about advantages/disadvantages of repository migration to GitHub. Tools like ​SubGit seem can help for smooth migration, keeping in synch SVN-GitHub repositories.