So you are interested in becoming a Google Summer of Code student. What should you do to improve your chances of being selected? We recommend reading

For most projects involving PostGIS you will eventually need the following:

While you can learn to do these things and ask questions, we would prefer students to know these before starting on a PostGIS project.

Both tools currently only support geometry and geography formats. The plan is to augment them to support topology elements and topogeoms as well if the postgis_topology extension is installed.

shp2pgsql will have new switches for loading into a topology. For topology elements, whether it loads into faces, edges, nodes will be dictated by the type of the data in the ESRI shapefile and will ignore the attribute data if any.

For topogeoms, the user would need to specify the table to create, topology, and column, with default column name being topo if the user does not specify. This will behave more or less the same as geography/geometry loading. For the first pass, we will assume this will just use basic topo element types (areal, lineal, punctal) and will not use subelements.

pgsql2shp will be used to export topogeoms and will use the topo::geometry casting to do so. Since topology tables edges and nodes are already geometry tables, there is no need to support exporting topology. However for faces, we might consider allowing exporting that using the topology.GetFace(face_id) function.

Some familiarity with PostGIS, PostgreSQL, and postgis_topology extension Ability to compile PostGIS loader / dumper. The load / dumper can be compiled without compiling all of PostGIS so it would be sufficient to have a working PostGIS/PostgreSQL install and just compile these. Some familiarity with C.

Since the above is all work in PostGIS, a working PostgreSQL installed from repos is an acceptable alternative to #1.

1) There should be a menu option in the pgAdmin browser tree whenever you right-click a database, table, or schema that allows you to import or export Dbase/shapefiles.

2) The tool would use the shp2pgsql and pgsql2shp commandlines that are part of the PostGIS source code in much the same way the backup and restore data browse menu options built into pgAdmin utilizes pg_dump / pg_restore. It will look for the executable files in default runtime folder or user specified PostGIS binary path.

3) If a particular table is selected, it will give option to export as a Dbase/Shapefile or import (append to) (no need to ask for table aside from export/import path) or append to

4) If no table is selected - it will pop up a list of tables (as show in export screenshot) and allow user to import a file as a table in currently selected schema.

If no schema is selected it would load in the default schema.

This is to replace in newer pgAdmin 4 6.5+ the shp2pgsql-gui plugin (which still exists but is standalone) that was hosted as a plugin in pgAdmin3. Here is a screen shot of what the old guis looks like. We want to achieve the same or similar functionality Summarized in #4358 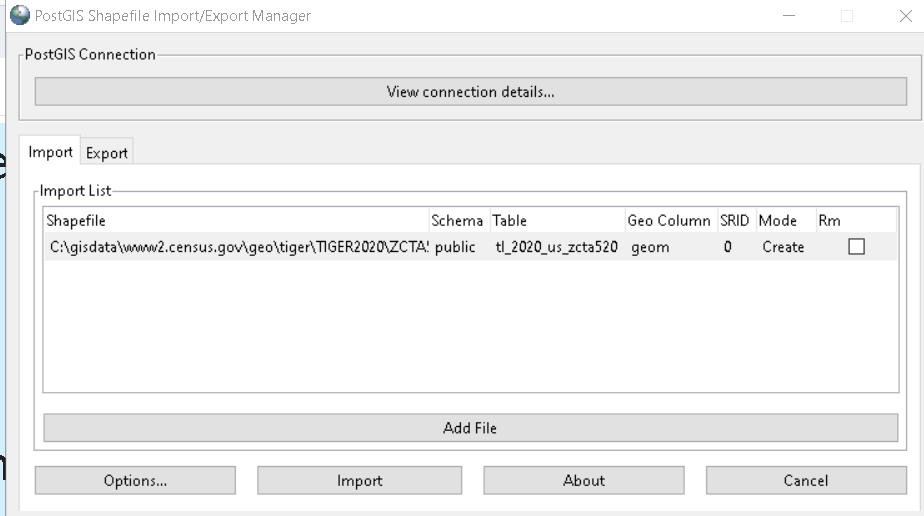 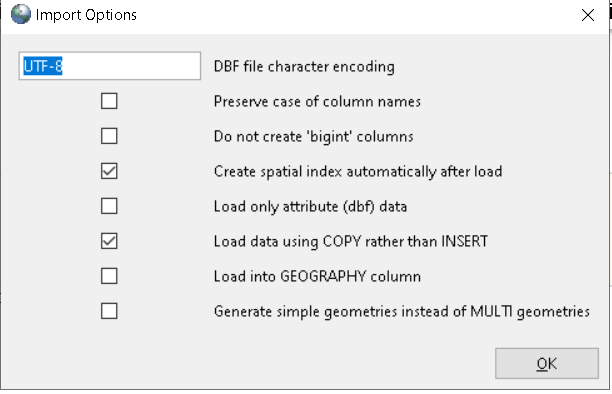 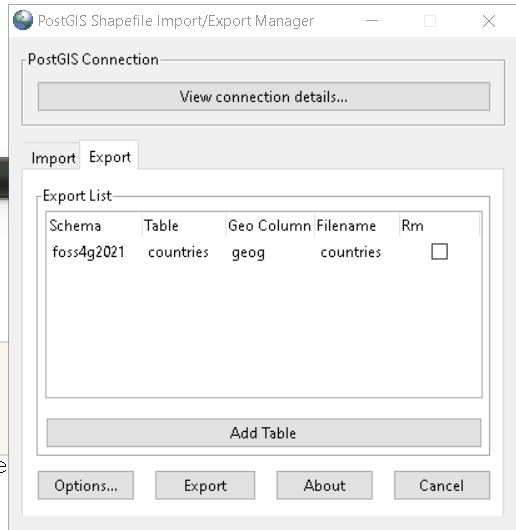 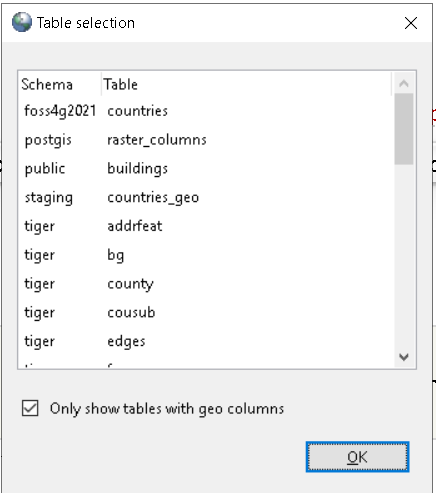 some familiarity with PostGIS, PostgreSQL, and pgAdmin is preferable

Ability to compile PostGIS and PostgreSQL code is a plus but not absolutely required.

Since the above is all work in pgAdmin, installing PostGIS / postgis commandline tools from a repository is equally acceptable to doing (1,2)