When trying to project a graticule (the ​1:50m 10 degree graticule from Natural Earth), ogr2ogr fails on the longitudinal grid lines because they intersect the poles, similar to the report at #2588. The new error message is helpful, but it would be better to project the features, omitting the point at which they intersect the 'unprojectable' location. I've attached the European centered LAEA projection used in the example.

Here's the outputs in ArcGIS and OGR for comparison: 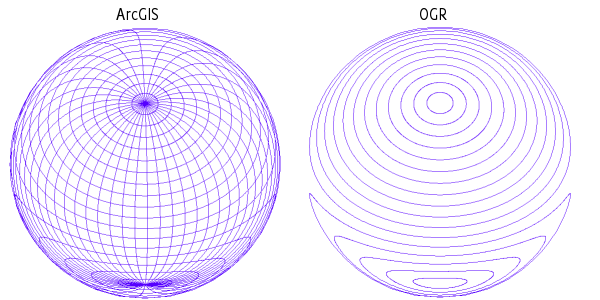